Steam name: Fire·Lite™
SteamID: STEAM_0:1:19389136
Age: Twenty-Four
How long have you been playing SlothGaming?: Couple of weeks.
How long have you been roleplaying for?: Three years of my life.
Why do you want to join the MPF?(1 paragraph): I want to join the MPF because I believe the MPF are a fun class to be as, playing as the person in the city that nobody likes except those few civil workers and loyalists. Finally, the MPF is the type of powerful faction that most people like. It's a great, fun, complicated faction that many people apply for which is why I applied. Cause it's complicated, and I like a challenge.
Why does your character want to join the MPF?(1 paragraph): Wayne wants to join the MPF because he was bullied for being a loyalist, for reporting all the crimes he saw. He wants to be able to defend himself, to be able to clean up the streets of the unloyal citizens who wish to rid of the MPF. Summed up, he wants to help the MPF in their goal ; Complete and utter loyalty.
Do you have any previous MPF experience?: Yes.
Have you ever been banned, if yes explain why?: No.

Name: Wayne Red
Age: Thirty-Three
Sex: Male
Weight: Two-Oh-Five
Height: Six foot four inches.
Why do you want to join the MPF?(2 paragraphs):
I wish to join the Metro Police Force because I've been getting bullied by those who disrespect the MPF, by those who want to kill the MPF. I support the MPF in all ways, the only way to succeed is complete loyalty to those who want a perfect world. We've been in a state of flux until the MPF came, there being murder and robbery and so much crime without the correct punishment. But when you came, anybody who was innocent was declared innocent, and anyone who was guilt was sent to detainment or executed publicly.

People now fair you, yet still attempt to bully me. I've been recently reporting the crimes that I've seen, in hope that I could atleast fit in with the MPF. They've treated me a bit better, even gave me a cool armband. I'm a loyalist now, they say. People in side with the rebels have been trying to hurt me bad, so I wish to become MPF to be able to protect myself, to keep the streets clean and peaceful.
What do you hope to achieve in the MPF?(1 - 3 paragraphs):

I hope to achieve complete loyalty from every citizen in the city for the MPF, keeping the streets peaceful and rid of the rebels who have crossed the line, declaring war with the MPF. To keep the loyal ones safe from those who would oppose the MPF, to detain and execute those with major crimes. To help those in need. To keep City Eighteen Safe.
Name 5 things a MPF unit does every day?:
-Rations
-Detain A Citizen
-Give out Loyalist Points
-Follow Dispatch Orders
-Subdue Citizens
Character backstory(2 - 4 paragraphs):

Wayne Red was first living in City Eight, where he first hated the MPF for what they had done and how they were strict. He began to spread rumors of the MPF with other citizens, all mostly true. One day, his home was invaded by the MPF, and he was knocked out to where he woke in City Eighteen. The first thing in his hand was his suitcase and a note which read, "Have a good time.".

He noticed the MPF here were so strict, nobody even dared to talk around them. Those who did were pumped full of lead. He began to like the peace and quiet, usually nodding to the MPF and reporting crimes which he witnessed. The more time he spent, the more his opinion on the MPF changed. One day, he finally attempted to apply for the MPF, hoping to get accepted into the force.. 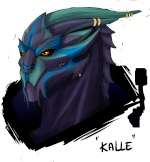 +1, Seen him around the server, good role-player and since you have past experience you already know the ropes.

Work on the grammar.
The MPF's goal isn't about loyalty, it's about achieving the perfect civilised society.
Two hundred and five pounds is extremely heavy for someone who is malnourished, which you are.
Rations isn't an action.
Detaining and subduing are essentially the same.
The back story doesn't contain any events from HL2 lore. (Add the resonance cascade, portal storms and seven hour war)
I have no idea who you are.
-Support

First, has previous experience as a CpU, which proves he can be trusted with this position.

Second, back story was good, but a little short for my liking.