Steam name: [LG] rapzeh76 [SG[
SteamID: STEAM_0:0: 33033759
How long have you been playing SlothGaming?: Two or three weeks now.
How long have you been serious RP'ing?: 3 - 4 years.
Tell me a basic 4 line paragraph about the story of HL2: You start in a train on your way to C17, and GMAN is giving you what seems to be a story of sorts, detailing what happened since you left Black Mesa, revealing that the Combine rule the earth. As soon as you arrive you meet Barney, who lets you escape the train station without having your ID checked. Soon enough you get anti citizen status, and Alex saves you from near death. At this point you are presumed just a normal Anti Citizen, nobody knows you are Freeman. The Dr. Kliener attempts to telport you, and due to his pet headcrab Lammar messing up the teleport, you go into Breen's office. This obviously alerts Breen, and the entire work force of Civil protection are put on high alert. After this the story is fairly standard, you join the Resistance, and get to Black Mesa. Once at Black Mesa, the combine attack. Alex escapes, you go to Ravenholm, and Judith and Eli are captured. The quest from then on through the game is to get back Eli, as you venture through the coast towards Nova Prospekt, encountering many OTA along the way. Once at Nova Prospekt, you fight through many more soldiers, and eventually get to a teleporter, Mossman teleports Eli to C17's Citadel, and Gordon and Alyx escape just before the teleporter explodes. Once they get back to Klieners lab, they find him wielding a shotgun, as he points out they were in a slow teleport, and he tells them they have been in the teleportation 'world' for two weeks. In that time, a huge rebellion has begun in City 17, thus turning it into a battleground. Soon enough Alyx gets captured and Gordon is sent on another quest to save her, when he finally reaches the Citadel, oh no, he gets into a Combine pod - thingy, and gets taken to Breen's office. Breen and Mossman are waiting with Eli and Alyx in captivity. Dr. Breen begins to explain his plans for further conquest of the humans by the Combine, contrary to what he told Dr. Mossman. Angered, Dr. Mossman frees Gordon, Alyx, and Eli before they are teleported off-world. Dr. Breen tries to escape through a portal, but Gordon pursues him and destroys the portal reactor with the supercharged Gravity Gun. Breen appears to be destroyed in the resulting explosion. Just before Gordon and Alyx are about to meet a similar fate, time suddenly stops. The G-Man reappears, praising Gordon for his actions, before placing him back into stasis.
How are Vortigaunts involved in HL2?: They are involved in the fact that the resistance help them to harvest their powers, such as healing and such. It is well known that vortigaunts are extremely powerful, and can heal, but also kill, very quickly, thus why the Resistance chose to take them onto their side. They play a very big roll in HL2, doing things for Freeman at many points of the game, like harvesting the Pheropod from that Antlion thing.
Do a little RP with /me's of what a Vortigaunt does: /me Notices the Rebel
** The rebel stares at the vort
Rebel: Guys! Look, it's a vort
Rebel: Don't worry Vort, we won't hurt you
Me: This one greets the Rebel, this one wishes to know his name.
Rebel: I'm John
Me: This one greets the John
/me Bows
Rebel Let me take you to my base
Me: This one shall follow the John.
** They arrive at the Slums apartments, where they get ambushed by two CP units
** John Opens the door.
** CP 1 opens fire at the resistance member
** John ducks down behind a table, as does the Vort
Rebel: Go on, use your powers!
Me: This one does not like to use his powers unless very necessary
Rebe;: It is necessary! Do it
** The vortigaunt puts his hands together, generating a green beam between them
** The vortigaunt Slowly pulls his hands apart, a green beam of energy acting like a bridge between them
** The Vortigaunt Steps up from the table, and throws his hands forwards, launching a bolt of electrictiy towards CP 1.
** CP 1 Gets smashed by the bolt, and thus falls over, unconsious.
** The Vortigaunt Falls to the ground leaning on the table, drained of his energy.
Me: This o-one has used all his energy, this one must rest.
** The rebel fires a few shots into the other CP, killing him.
** The rebel gets up, and fires another shot into the head of the unconsious CP.
Rebel: Good work Vort, what's your name?
Me: This one's name is Ka'Hun'Rah.

Vortigaunt start type: Enslaved/Freed (You may get captured though fairly fast as you really don't start with any help but one or two tips from a Admin) I would love to start with both, but the one I prefer the most is Freed. Although if it HAS to be done, I don't mind Enslaved. 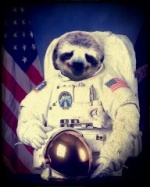 +1 Good app and I think he would RP well as a Vortigaunt.

alexander02 wrote:+1 Good app and I think he would RP well as a Votigaunt. 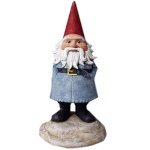