SteamID:Ms.Harsh
How long have you been playing SlothGaming?:For a grand total of 2 days.
How long have you been serious RP'ing?:Since 2009.
Tell me a basic 4 line paragraph about the story of HL2:In the year 2002 the Combine Empire invaded the vortigaunt homeworld,forcing them to take refuge on the borderworld of Xen.BlackMesa and Aperture Science had been experimenting with portal technology during this time,and BlackMesa used Xen Crystals to create portals,all given by GMan.The GMan gave BlackMesa a particular Xen crystal that caused a Resonance Cascade.The vortigaunts,and other aliens,saw this as an oppurtunity to escape the combine,entering Earth only to be dispatched one by one by Gordan Freeman.The GMan took interest in Freeman's ability to survive and,after killing the Nihilanth,gave Freeman a deal:Do or die.Freeman accepted and the Gman put Freeman into stasis.Fast forward a couple of years and The Combine Empire took notice of the Cascade and invaded Earth.The ensuing war took just Seven Hours.The Combine installed the Combine Overwatch to enslave the human race.A couple years into Combine rule,the GMan took Freeman out of stasis.Thus began the events of HL2.
How are Vortigaunts envolved in HL2?:Vortigaunts helped Freeman throughout his adventures in HL2,saving him from the nexus explosion and rescuing Alyx Vance from certain death.
Do a little RP with /me's of what a Vortigaunt does:**Ver'Kota says "If I must be freed,it must be done quickly."
**[Brown hair,Green eyes,C...]gets a crowbar from her backpack"Hold still..."
**Ver'Kota remains completely still while the human works
**Ver'Kota "Human....what do you call yoursellf?"
**[Brown hair,Green eyes,C...]"I'm Sarah Echelon,you?"
**Ver'Kota says "I am...Ver'Kota."
**The shackles break off**
**Ver'Kota settles down,and out of the metal shackles "Thank you,Echelon.We must move,however"
**Sarah Echelon nods and begins to walk off,followed by Ver'Kota

Neutral Changed my mind Copied straight from the Video.

-Support.
Although the app was alright, I have to go -Support as half life story looks almost a mirror to Lore's half life lore in a minute, which would make this section of the app a piece of plagiarism.
In my opinion, this should be treated with an enslaved biotic blacklist.


(in case someone wants proof here's a slightly edited Lore version)
The only editing is cutting out parts this user has missed.
Once upon a time, the Combine Empire invaded the Vortigaunts' home world and enslaved them. The Vortigaunts fled to Xen, a border world.
Black Mesa is experimenting with teleportation technology with crystals retrieved from Xen. Their competitor, Aperture Science, is also developing portal technology.
Years later, Gman submits specific test samples to Black Mesa to be used for experimentation and triggers The Resonance Cascade, a cataclysmic quantum event that creates an inter-dimensional rift between Earth and Xen. The Vortigaunts, viewing the rift as an escape from the Combine, pass through to Earth along with other alien species.
The Gman takes interest in Gordon Freeman as he demonstrates proficiency in dealing with and dispatching Xen beings and U.S. troops alike.
Gman gives Freeman an ultimatum: work for him or death.
The Combine invade Earth and install the Overwatch to enslave the human race. The Gman pulls Freeman out of stasis. 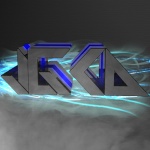