Steam name: Retarded Spider
SteamID: STEAM_0:1:42472686
Age: 12 (sorry! turning 13 in June).
How long have you been playing SlothGaming?: 3-4 weeks I think
How long have you been roleplaying for?: 2 years
Why do you want to join the MPF?(1 paragraph): I wish to be part of the MPF so that I may enforce the rules of the Combine and help bring earth to the "greater good" and to keep a stable lifetime in city 45, to let the citizens know that they are safe, to remind them that we own everything they own, to enforce classicism, and to make them obey.
Why does your character want to join the MPF?(1 paragraph): Alexei was amazed at the combines work and technology and thought that serving them would make his life better in his interests. Leading the civilians in their daily life would make him feel more like a leader than a follower. He is not looking to achieve a higher rank, he only wants to restore humanity, in humans.
Do you have any previous MPF experience?: No.
Have you ever been banned, if yes explain why?: No.

Name: Alexei Gordon
Age: 23
Sex: Male
Weight: 52 KG
Height: 5'7
Why do you want to join the MPF?(2 paragraphs): I wish to join the MPF to enforce the laws of the combine and help citizens have the peace of mind that the city is secure with the MPF protecting the citizens and enforcing the laws. I do not appreciate the anti-citizens specifically because they endanger our change to a greater good and better life for man kind.
What do you hope to achieve in the MPF?(1 - 3 paragraphs): My goal is to be a proud member of the MPF and protect citizens from the threats of necrotics, anti-citizens and aid the change to a greater good, also to embrace the outstanding architecture founded by the Combine. I hope to make City 45 a more reliable place for a citizens life.
Name 5 things a MPF unit does every day?:
- Dispute rations to citizens
- Protect MP hardpoints
- Protect Loyal citizens
- Discipline Anti-citizens
- Patrol
Character backstory(2 - 4 paragraphs): Alexei was born in a Hospital, California, America. He had two parents , his mothers name was Anne Gordon, his fathers name was Steven Gordon, during Alexei's childhood he grew up in the city he was born in. Alexei was teased a lot by kids at school and in his area for his name and for being Russian. Alexei was always fascinated by technology, especially computers and vehicles.

During Alexei's teen years he became a bit of a nerd with computers and vehicles. He got a part-time job in a mechanic's garage. There he worked fixing cars, he became quite good at it and enjoyed it but also still enjoyed gaming on his custom built PC. Alexei's parents were very proud of him and when Alexei finished his leaving high school he applied to to go to college, there he got a degree in mechanics and started up his own business "Gordon's Bits and Bobs".

During a parade, a portal storm took place. Many civilians were slaughtered as headcrabs invaded. It is unknown to Alexei what became of his family. Alexei was evacuated by the Military to Edinburgh, the capital of Scotland. The Scottish Army defended the city from the headcrabs until the 7-hour war. After the war most of Scotland was destroyed, Edinburgh became City 18 but Alexei was transferred to City 45 for unknown reasons. Alexei was fascinated by the Combines technology and really believed that they were there to turn his world into a better one. Alexei wanted to join the MPF because he wanted to be part of the "greater good" and serve the Combine.

And one quick question. This character has not been created, do I have to create him beforehand? If so tell me.

Neutral. Not a bad app, per say, but your character's back story combined with his reasons for applying are a bit convoluted.

He now has no access to the former outlets he once enjoyed, his family are gone and he has been relocated from his home town twice. How is this better in his eyes? Please develop.
_________________
[You must be registered and logged in to see this image.]

Think about it, he enjoyed technology, and after his family went missing and the seven hour war occurred the combine added it's technology and craftsmanship him being fascinated by it wants to join them.
_________________
Characters
Robin McGavin DEAD
Andrew Carson DEAD
Alexei Gordon ALIVE
CPU.C45-04.99444 ALIVE
Jack "Dutch" McDonald ALIVE
George Walker DYING

Your reasons for going into the MPF are a bit short, But the backstory is good enough. Fix the short parts and ill + Support, But for now.

Fufilled my needs, + Support. But i have NEVER seen you play, I usually check the scoreboard for people i know, But i have never seen the name retarded spider, Maybe you confused it with retarded Specter? Ill keep my + Support if people seem to know you.

Noliq wrote:Been with us 3-4 weeks and yet i still dont know you. -1

Played with Robin and I saw good RP. I think you need to make the character though.
_________________
JC Meowton. Working to prevent canine terrorists. 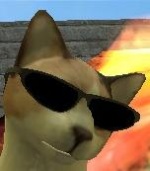