Peter Green was born in a small village somewhere in countryside. His family wasn't very rich, but they always wanted best for Peter, even though they had not have a lot of money to give him a proper education. Anyways, Peter always wanted to become something important. He wanted to change the world. He lived with this dream until he was 20 and he moved to a large town with his family in hope of easy money. They had to sell their house to get a small apartment from the city. Peter never got the great job he wanted mostly because lack of education. He had to work as a newspaper seller and he hated that job, but there was nothing else he was skilled enough to do. His job did not change the world or make it better, but it earned him barely enough money to feed himself.

Years passed by, and Peter became depressed. His parents became seriously ill and were not able to work, and Peter had to work 10 hours a day to feed them. Food did not come easily for them; they even had to move to the back area of the town. Peter hated the modern society and the situation of poor people, as he was poor himself. Government did nothing to help him or his family, nothing came for free. Finally the Portal Storms started. Peter never thought it wouldn't affect his life in any way, but that was not the truth. As the Combine invasion started, his home town was also attacked. Many of his friends died, but he and his seriously ill parents lived in the back area that the Combine did not bother to attack. After Earth surrendered, the whole town was ordered to be cleared and the citizens to be relocated.

Peter was moved to an another large city, called City 45. He was separated from his parents and he still does not know about their fate. (They were most likely killed or stalkerized for being "imperfect.") Peter was given a blue citizen uniform: First thing in his life that he got for free. After few weeks the Ration Distribution started: Every day the citizens received rations that contained general supplies and food. Even though it tasted bad, it was atleast 'free'. For it he had to work 12 hours a day in a Combine factory manufacturing combine locks and other general supplies for the Combine and CCA. Peter had many reasons to hate the Combine, but as years passed, he started to forget everything because of brainwash and constant propaganda. Nothing seemed so bad anymore. Citizens got free food and supplies for helping the Combine. Peter started to believe mostly everything he was told. He believed it all was for his own best. Every stunstick hit that hit his back, every bullet that flew by his head. Everything was for him, even though it sometimes seemed unnecessary.

He wanted to gain more authority, and soon the Metropolitan Police Force recruitment started again. Peter saw his possibility and thought about it for weeks. He had seen how the units beat, shot and killed his fellow citizens, even some of his friends. Finally Peter made his decision: He would rather have a full stomach and more authoriy than working 12 hours a day in factory in a constant fear of being killed, beaten or tortured. He filled the form and gave it to the duty officer. It was the point of no return.

I used this story for my MPF Application

Well It's not that long 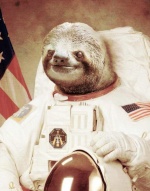